On Wednesday, 27 September 2017, Landmark University community joined the rest of the world to celebrate her Chancellor and Chairman, Board of Regents, Dr. David Oyedepo on his 63rd birthday anniversary.

Series of activities to make the day memorable were rolled out by the University Management ably led by the Vice-Chancellor, Professor Adeniyi Olayanju. One of such event was the commissioning of the 30,000 capacity Automated Layer Pen at the University’s Commercial Farm to complement the existing 12,000 capacity which has been serving the poultry product to the University community and its environs in order to reach wider consumers.

Other events were the commissioning of the 3.5 KVA Solar Power Inverter System for the electrification of a section of the University Medical Centre, embarked upon by the 2016/2017 final-year students of the Electrical and Information Engineering Department (EIE);  Visits to the Omu-Aran Medium Prison and the Oke-Igbala Leprosarium.

While speaking on the significance of the projects and the outreach to the celebration, the Vice-Chancellor stated that the projects are in tandem with the heartbeat of the icon being celebrated. He said that Dr. David Oyedepo is particularly passionate about restoring the dignity of the Black Man in particular and ensuring good living condition for humanity in general.  This is being pursued through the God-given Liberation Commission that birthed Landmark University with a mandate to lead an agrarian revolution towards ensuring food security.

Later, the Landmark University Community Development Impact Initiative (LMUCDII) chaired by Dr. Abiodun Okunola, led the University delegates to Omu-Aran Medium Prison and Oke-Igbala Leprosarium to impact the communities through the provision of free medical services and presentation of gifts such as food items and toiletries. The Vice-Chancellor noted that the visits were in commemoration of the 63rd Birthday Anniversary of the Chancellor who God has given the liberation mandate to liberate the world from all oppressions. He urged the inmates not to lose hope. “God has used Dr. David Oyedepo the Chancellor of Landmark University to touch many lives and that is why we have come here today to celebrate his birthday with you. God can turn any situation around and this is what we have seen in several biblical accounts, as long as you as still breathing, please keep hoping for a change of story.”While encouraging the inmates not to lose touch with the reality in the outside world, Professor Olayanju further noted that the inmates should allow their experience to be a stepping stone to their dreams.

Dr. Abiodun Okunola during the presentation of gifts to the inmates on behalf of the University community noted that the Institution was mindful of the total wellbeing of the inmates, that is why the materials donated were careful selected and would continue to ensure that their welfare remains one of the top priorities in line with the Corporate Social Responsibilities of Landmark University.

The officials of the two establishments appreciated the University for her continuous visits, support, gift donations and for making them a choice for the 63rdBirthday Anniversary celebration of Dr. David Oyedepo. 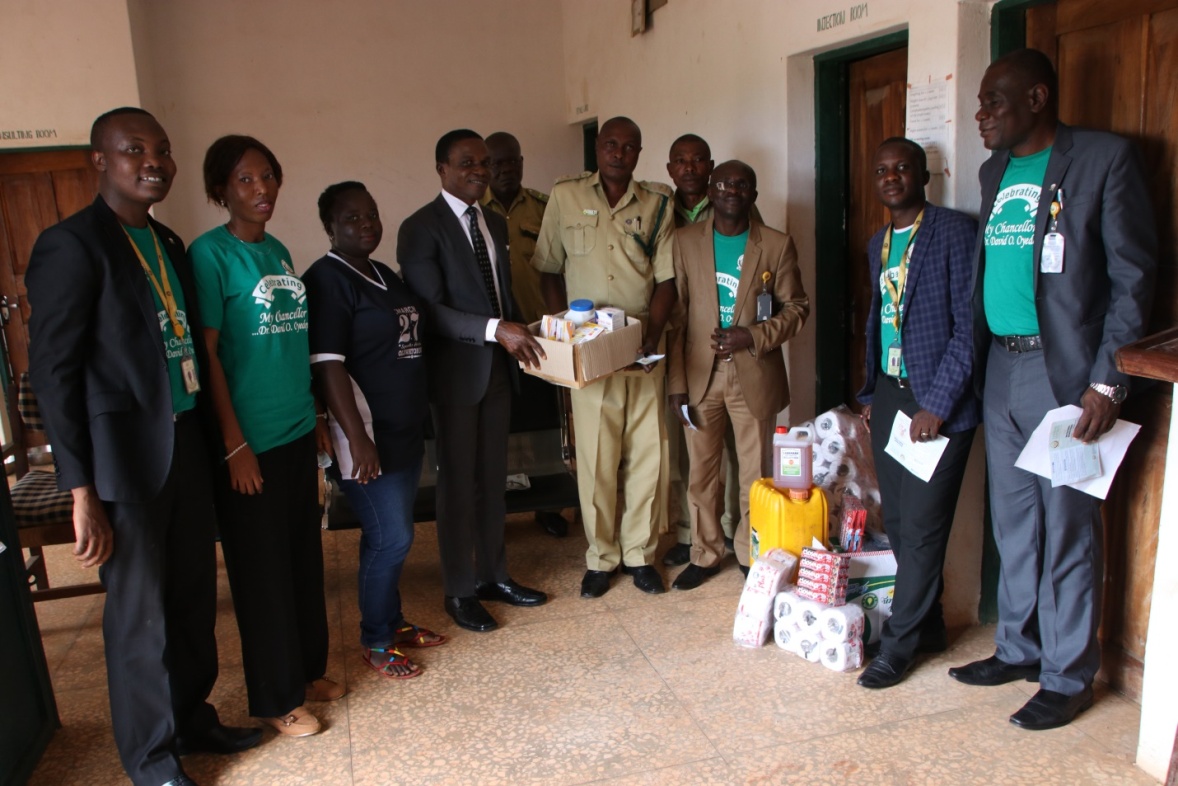 Centre: The Dean, College of Business and Social Sciences, Dr. Agaptus Nwozor presenting drugs and other materials to the Omu-Aran Medium Prison’s inmates on behalf of the Vice-Chancellor and University community. 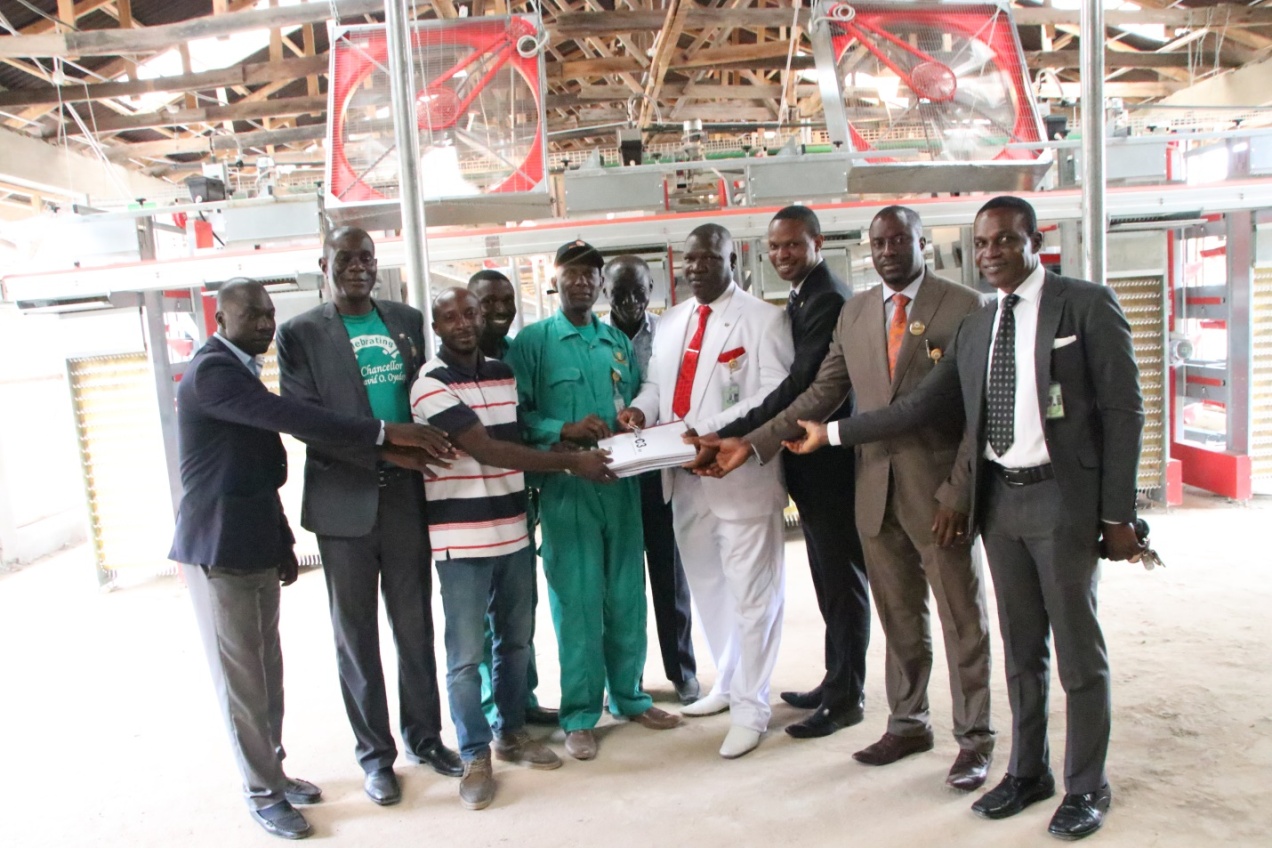 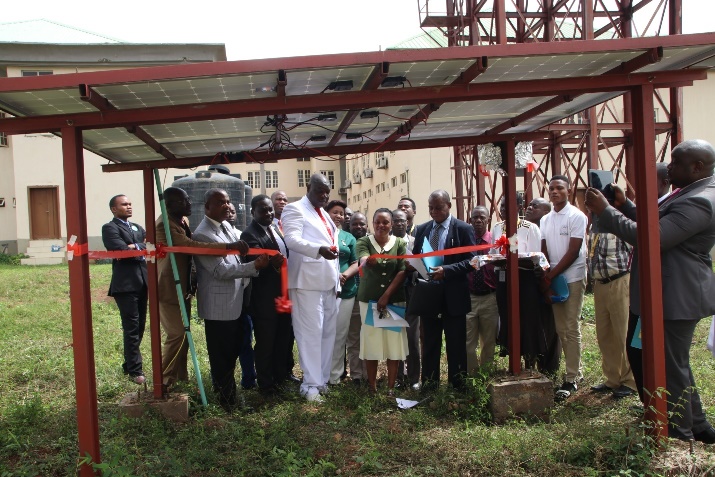 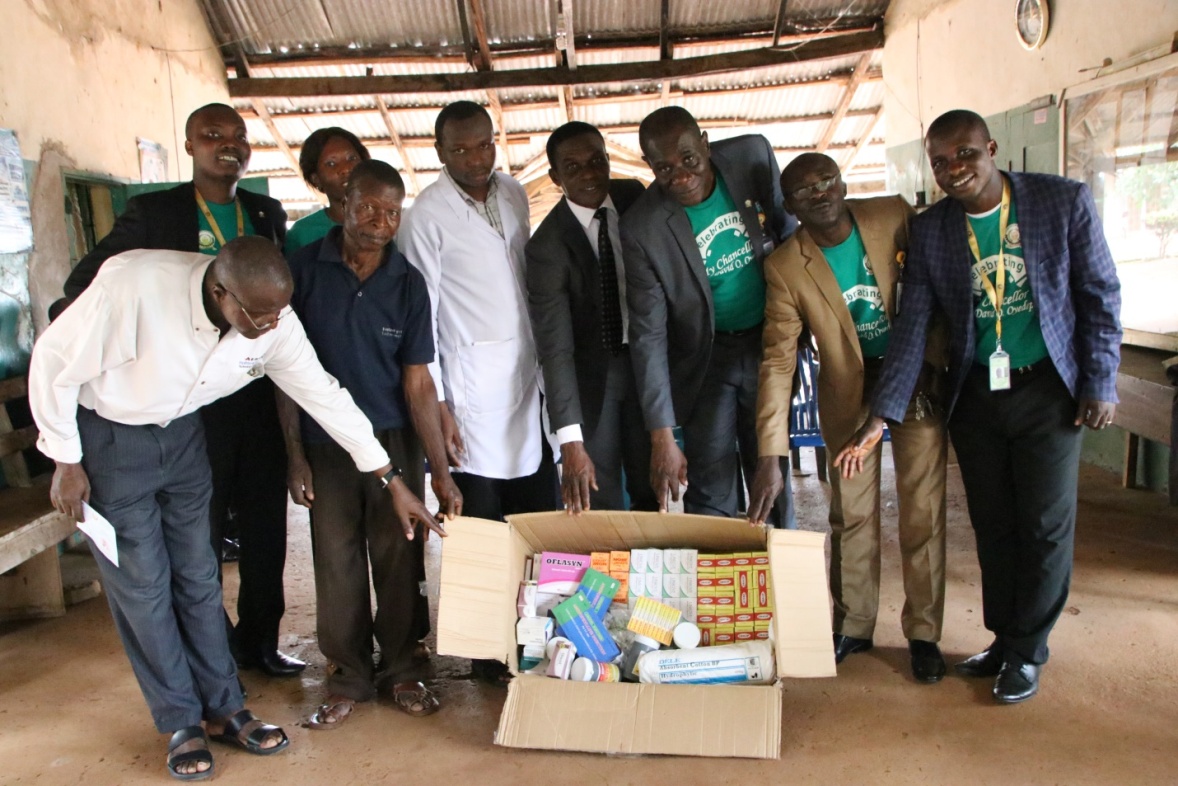 Centre: The Dean, College of Business and Social Sciences, Dr. AgaptusNwozor presenting drugs and other materials to Officials of the Oke-Igbala Leprosarium

On Friday 8th January 2021, the Vice-Chancellor, Professor Adeniyi Olayanju, inaugurated new leadership for the seventeen (17) Sustainable Development Goals (SDGs) Groups in the University towards advancing the research goal that will position her for the Times Higher Education (THE) University Impact Rankings in 2021. In view of the significance of the SDGs to the realisation of her vision of attaining a world-class status, the University’s SDGs group initiative is given the mandate to drive the research agenda

According to the Vice-Chancellor, all research endeavours must be affiliated to at least one of the goals towards making the drive a reality. He, therefore, presented the leaders and their secretaries to the University community. The leadership of the SDGs received the blessing of the Lord for productive and impactful engagement as proclaimed by the University Chaplain, Pastor Tope Johnson.