On Wednesday, 4th October 2017, Landmark University (LMU) signed a Memorandum of Understanding (MoU) with the International Institute of Tropical Agriculture (IITA), Ibadan, to strengthen the drive towards actualising her vision of leading an agrarian revolution, thereby advancing the frontiers of agricultural development in Africa.

The MoU signing coincided with the Golden Jubilee Anniversary of IITA being at the vanguard of agricultural research and development globally. The Deputy Director (Partnerships for Delivery) of the Institute, Dr Kenton Dashiell, while receiving the Landmark University delegates led by the Vice-Chancellor, Professor Adeniyi Olayanju in his conference room, said since establishment 50 years ago, IITA has been leveraging on collaborations with relevant institutions and organisations to propagate agri-development impact. He emphasized the vast benefits inherent in the collaborations for Landmark University being the foremost private agriculture-based institution in Nigeria ranging from staff exchange to student training and research clustering. He expressed his delight to receive “the young Landmark University,” noting her significant contributions to agricultural development via research, training and community impact in the last 6 years of her existence. Dr Dashiell, therefore, commended the University for her Visionary Forte of spearheading an agrarian revolution and noted that working with the University in several areas of agricultural practice and research activities would further enhance her capacity to build a strong base of human resource for global impact.

The Vice-Chancellor, Professor Adeniyi Olayanju, in his response congratulated IITA on the milestone of its Golden Jubilee anniversary on behalf of the Chancellor, Dr David Oyedepo. He noted the institute’s great impact for the past 50 years and capacity for more sterling contributions towards agrarian revolution globally. He said that the collaboration is borne out of the University’s departure philosophy of doing agriculture differently in order to achieve extraordinary results. He appreciated the institute for the privilege of collaboration granted Landmark University to benefit from its wealth of expertise in the area of agriculture. He expressed his confidence in the window of opportunities the MoU will open for Landmark University to realise her vision of becoming a leading world-class University through spearheading an agrarian revolution in Africa.

In furtherance of their readiness, Dr Dashiell led Landmark University delegates on a facility tour to the laboratories and fields which further opened the LMU team to other opportunities in the vast and rich investments of the institute. Some of the places visited were the Virology & GHU, Genetics Resources Centre, Aflasafe Unit, Nodumax, Cassava Processing Unit and the Youth Agripreneur Centre.

Later in the year, as requested by the Vice-Chancellor, the Deputy Director, Dr Dashiell and the delegates from the Youth Agripreneur Centre, IITA, would be visiting the University for stimulating and impacting lectures. For both institutions, the event signalled a new dawn of purpose driven partnership with a promising future for humanity. 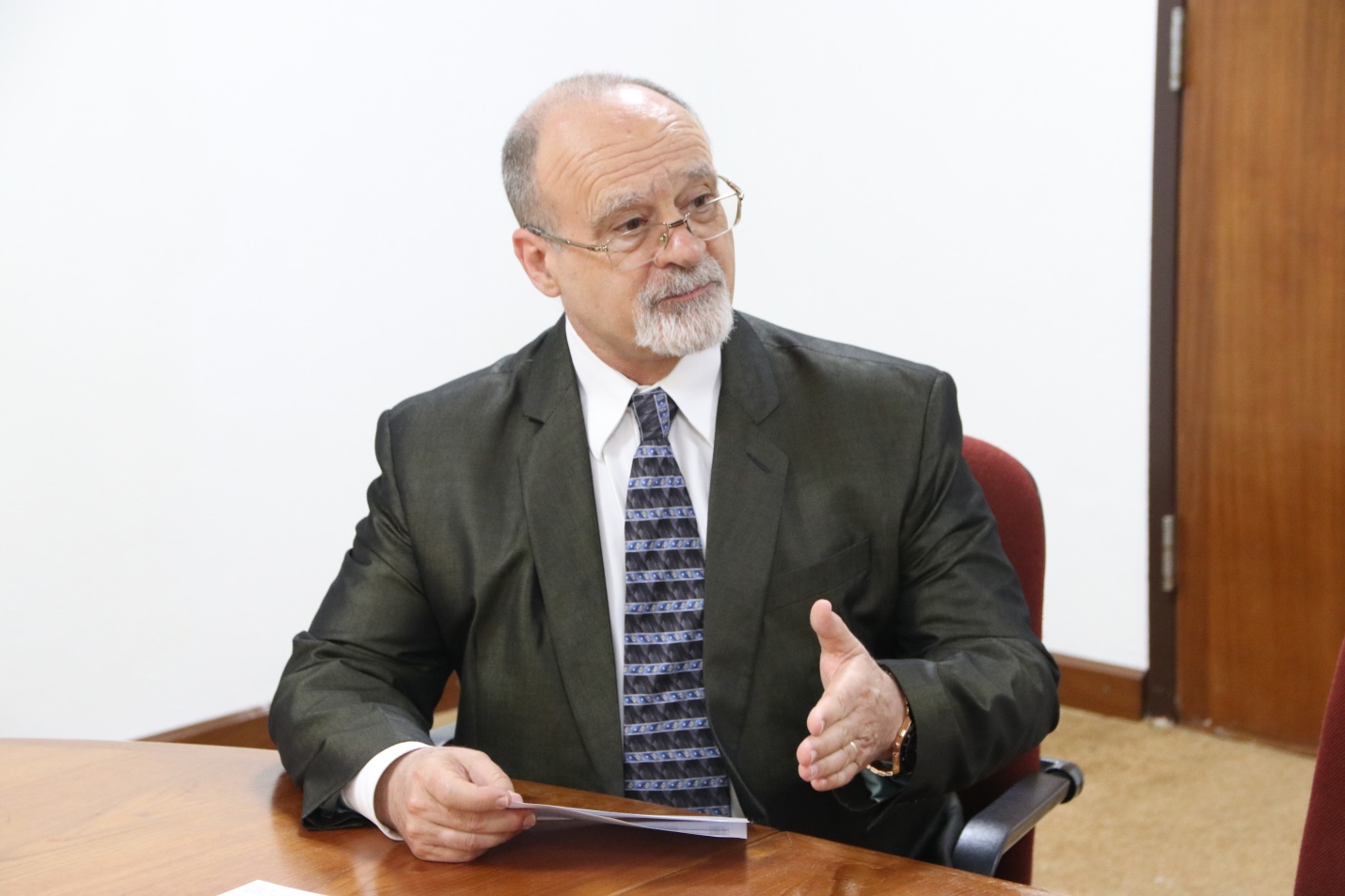 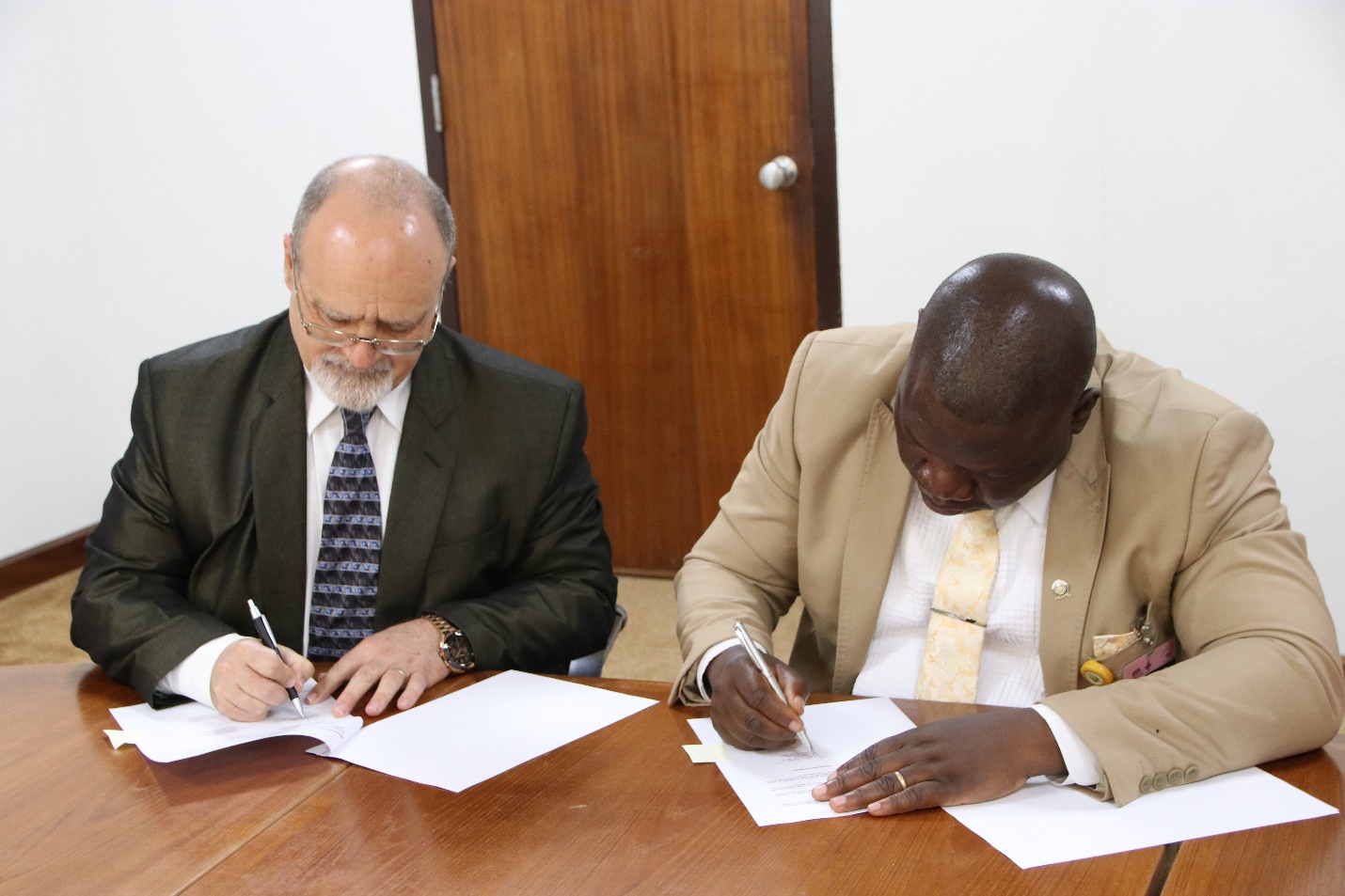 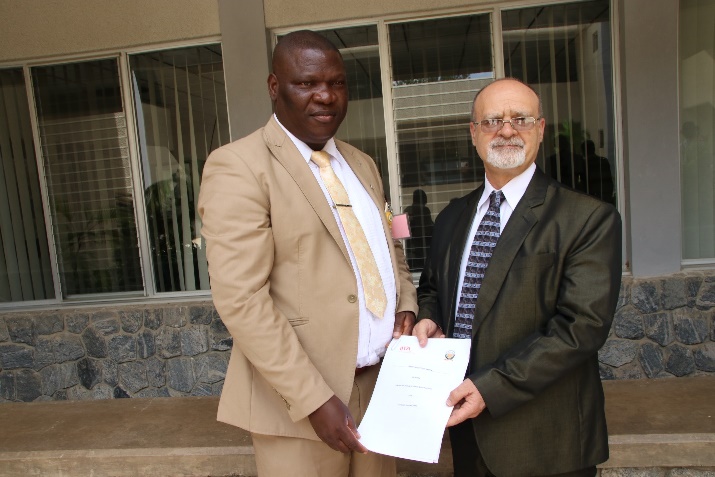 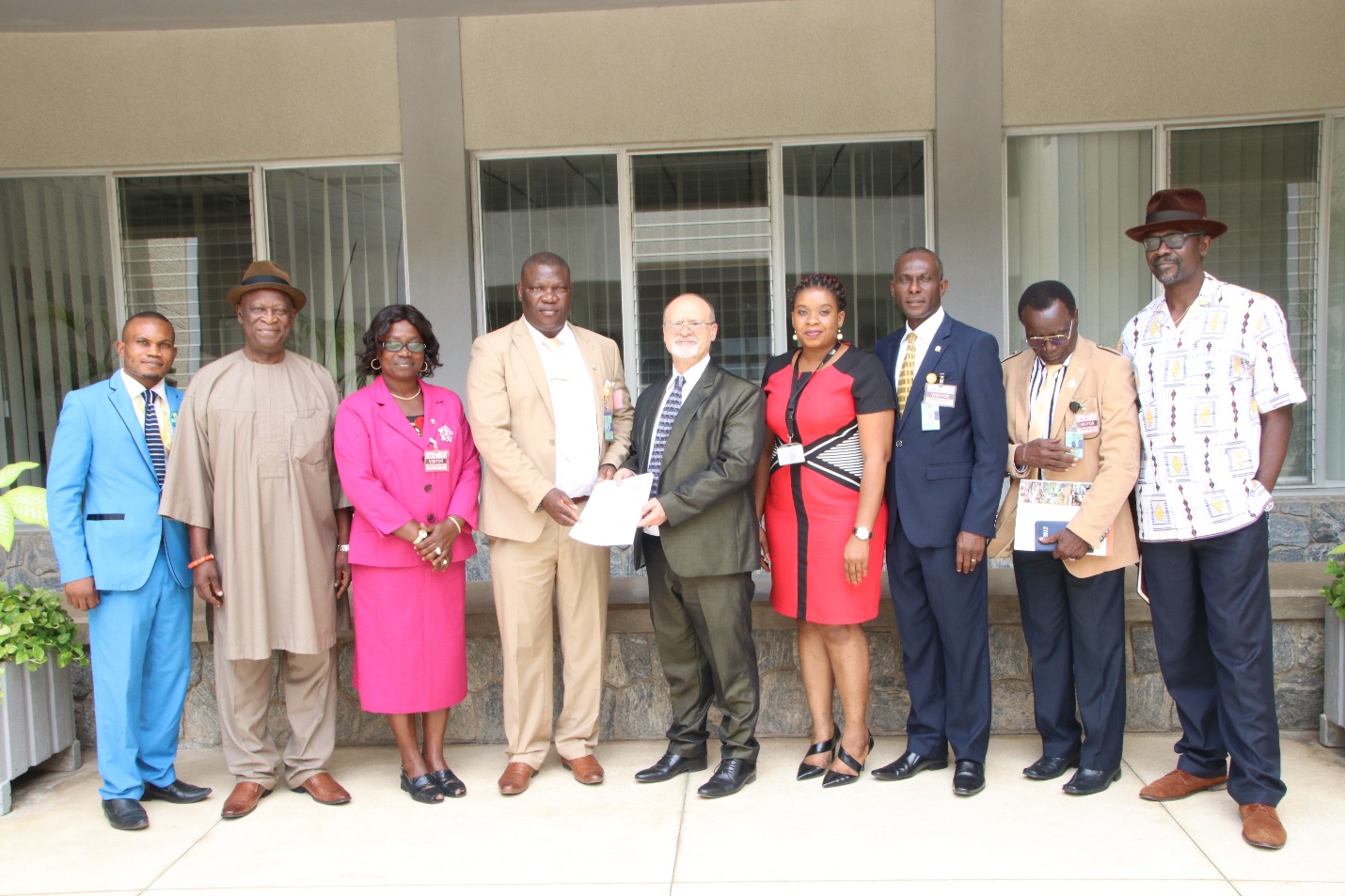 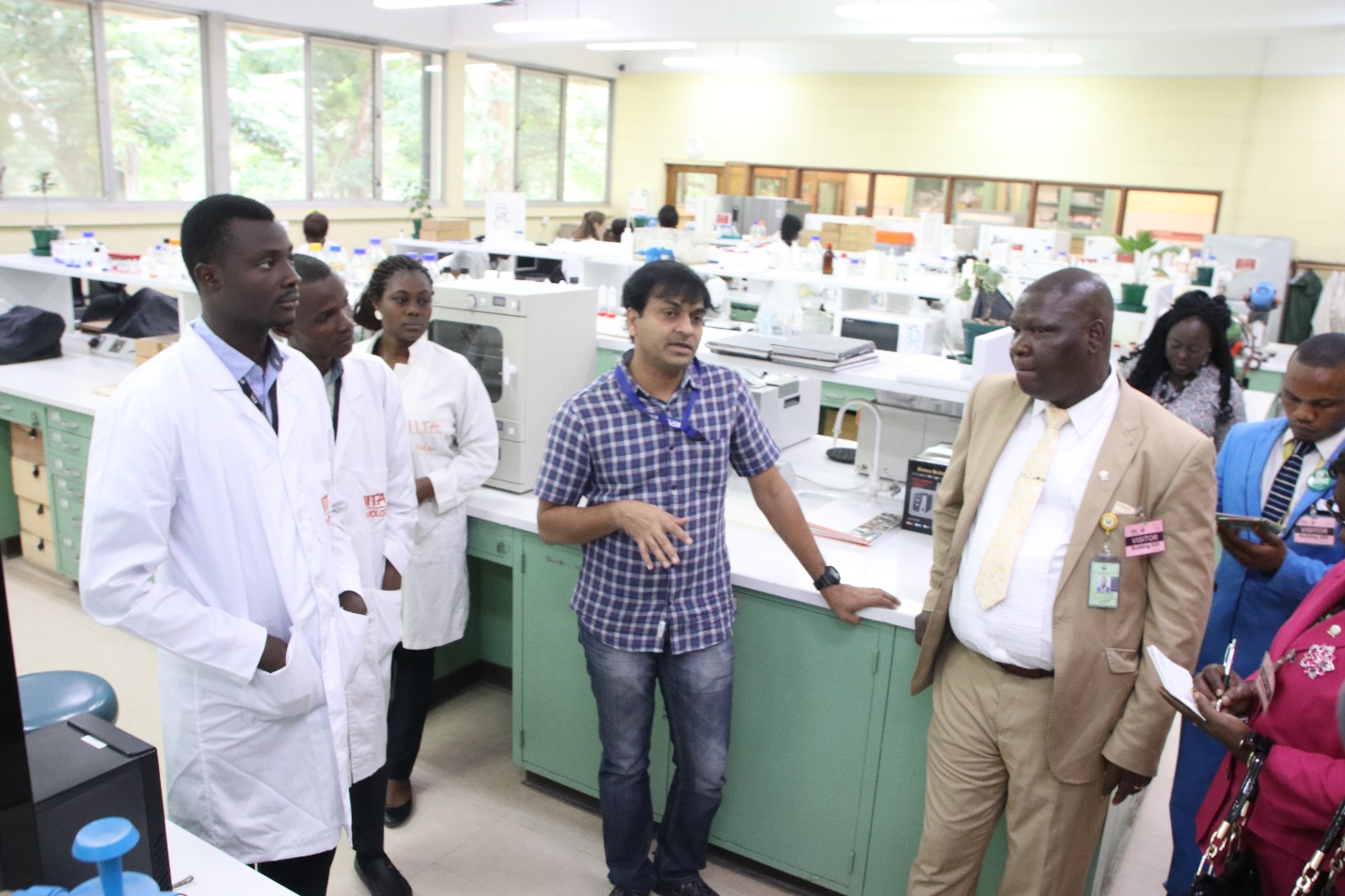 The HOD, Virology and GHU Laboratory, IITA, Ibadan, Mr Lava Kumar introducing the Landmark University team to the Vision and the activities of the Unit with the core objective of transference of knowledge/findings from the laboratory to their partners. 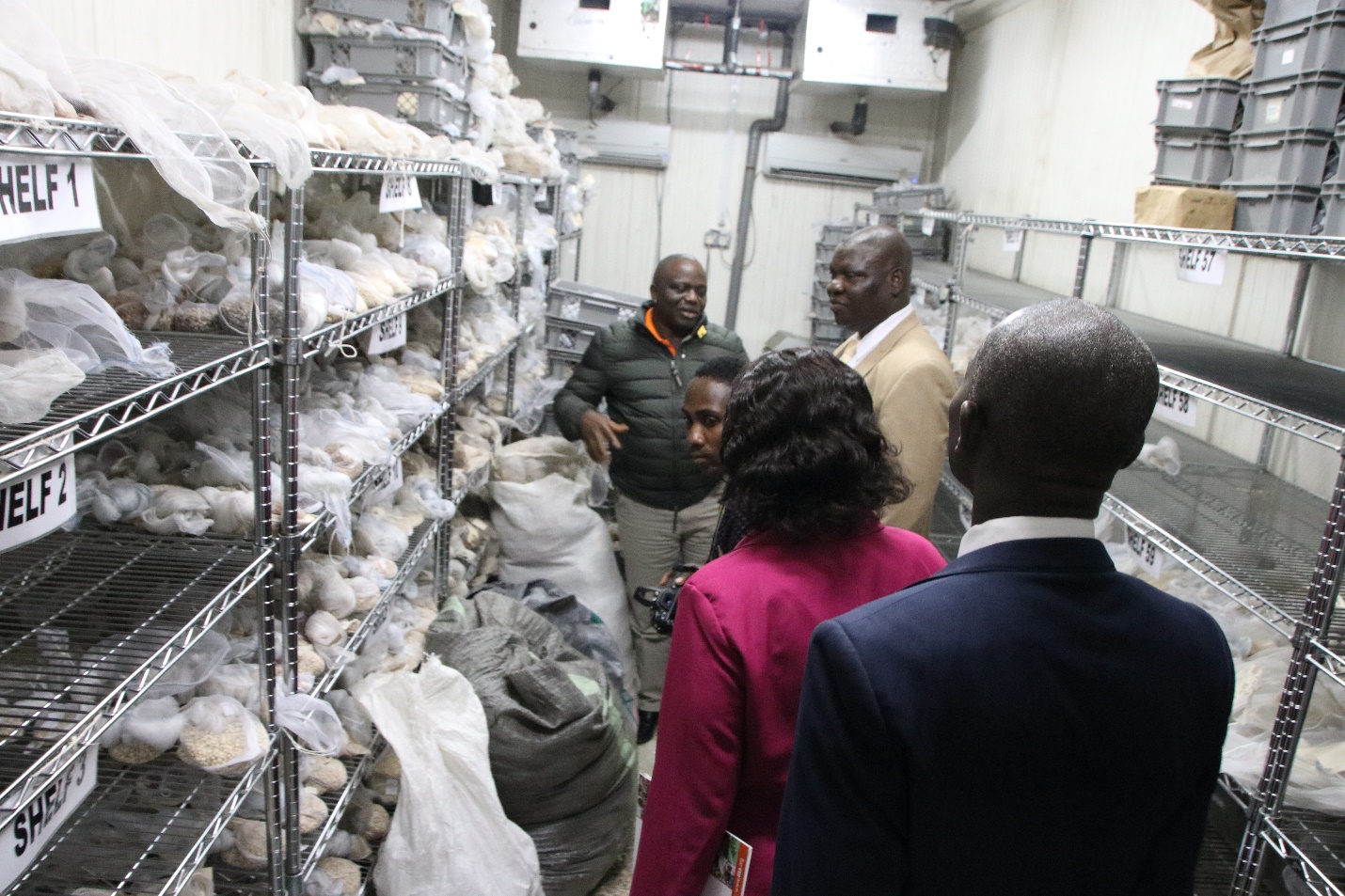 At the Genetic Resources Centre, IITA, Ibadan, where seeds are collected, conserved, characterized and provided the genetic resources for crop improvement for global food security. The Centre holds more than 33,000 accessions of African staple crops. 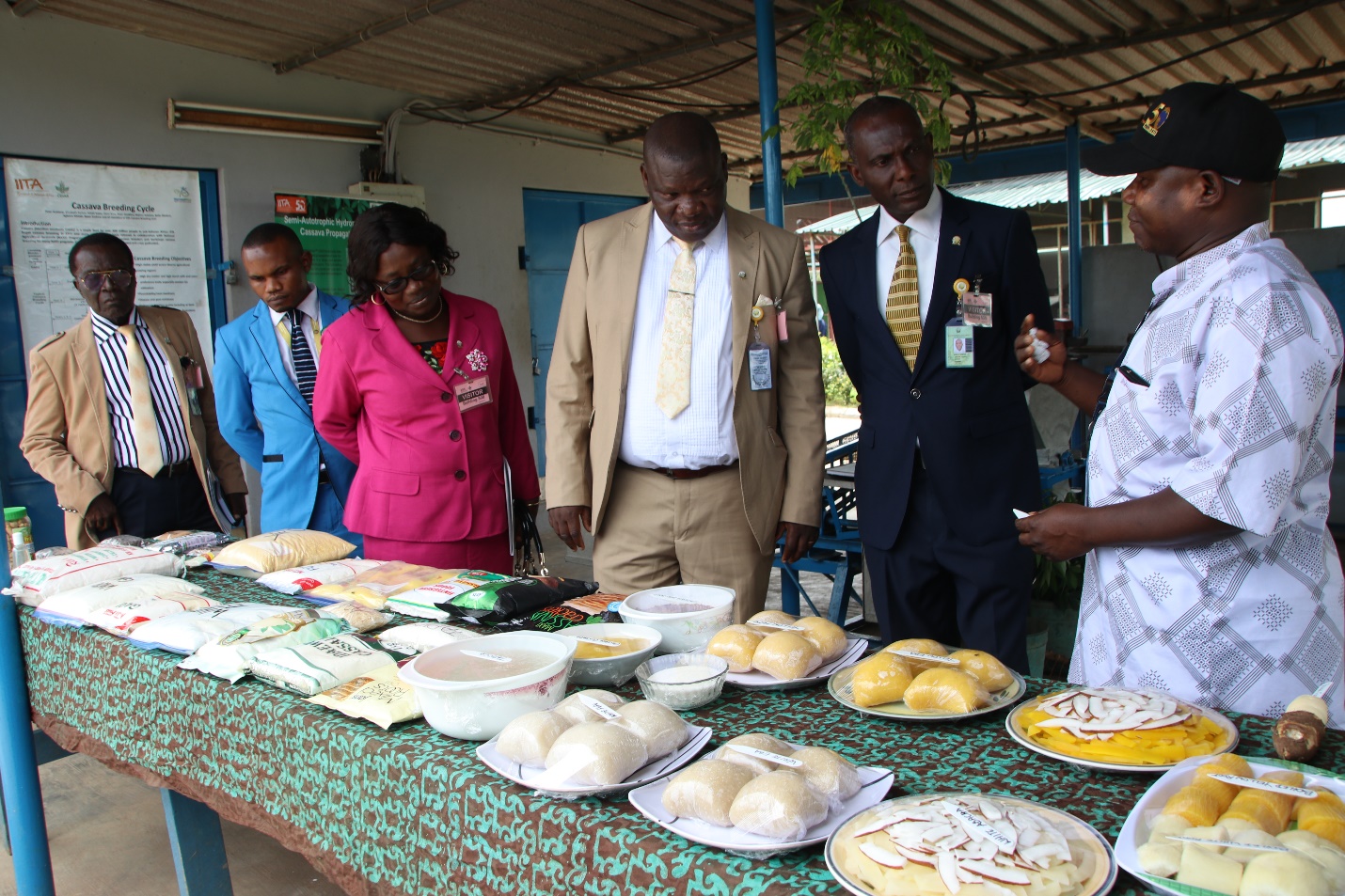 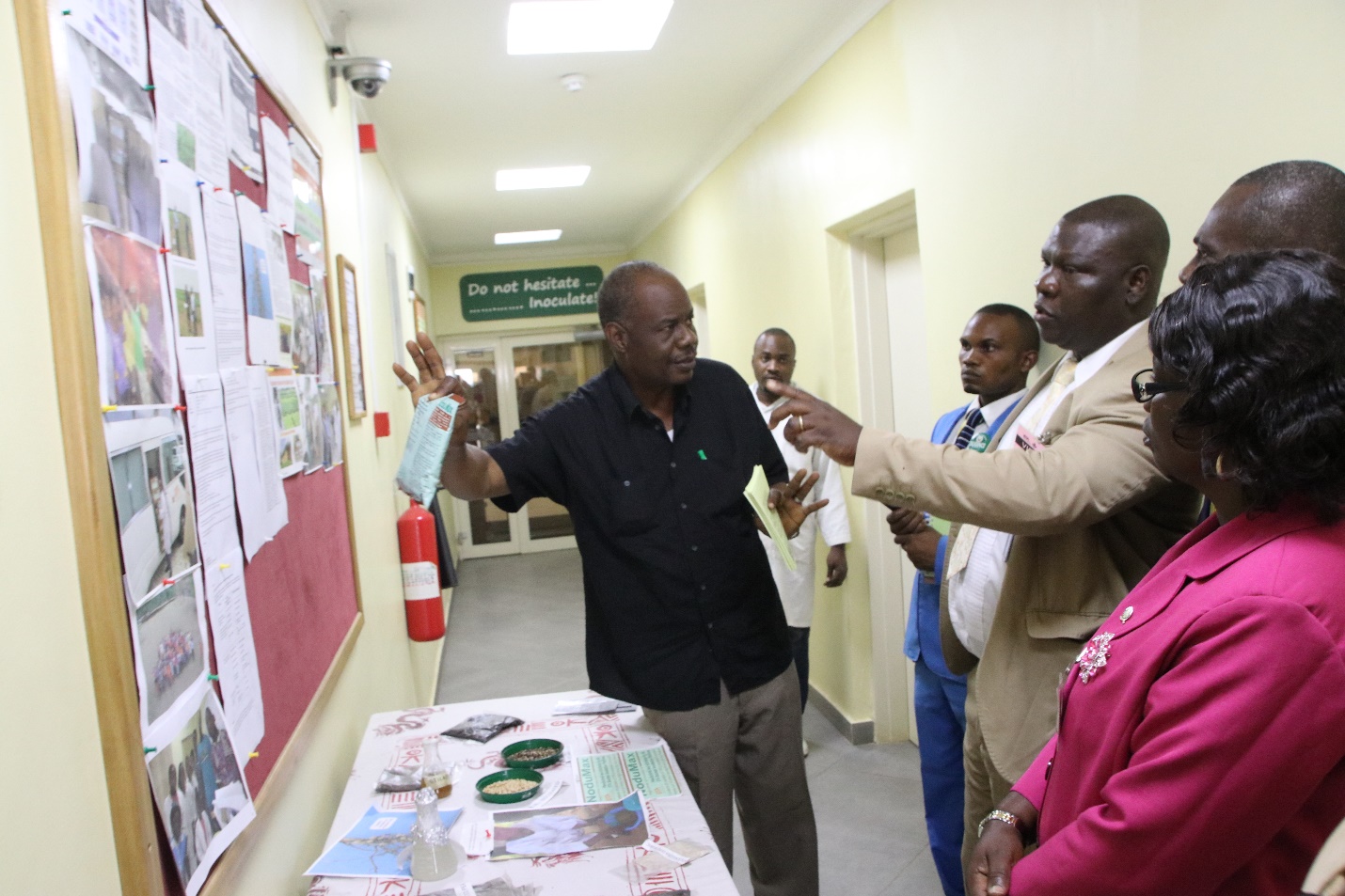 At Nodumax Legume Inoculant, IITA, Ibadan, the HOD, Mr Ayodele Alonge explaining to the LMU team that Nodumax is an inoculant that boosts the yield of soybean by 30-40%.