To further accentuate the agrarian mandate of Landmark University, another feat has again been recorded as the Institution breaks through in Fodder Cropping and Silage Making; an ultra-modern alternative feed provision for animals as against the traditional cattle grazing.

Going by the incessant famers and Cattle Rears clashes in the Country, Landmark University’s vision of restoring the dignity of the Black Race was brought to bear as the Department of Animal Science made a presentation to the Management on Wednesday 10th January 2018 on ways to improve rearing of animals thereby increasing its yield.

The Vice-Chancellor, Professor Adeniyi Olayanju described the project as one of the benefits of teamwork and good neighborliness, inspiring other members of the University community to emulate such act which would result into more innovations and giant strides for the University.

The Vice-Chancellor, who on behalf of other members of Management, urged the team to extensively commit their best to the success of the project described as   laudable, for the purpose not to be defeated. He made known his desire of turning Landmark University to a major Agricultural hub in the Continent through diverse agricultural inclined activities. This, he said is achievable through interactions between different Units, Departments, Research Clusters and Faculty towards a common goal.

The Project Team Leader, Dr. Olorunnisomo, in his presentation, revealed that, planting the right species of grasses will allow rotational grazing of animals which will in turn increase the meat and diaries production. He stated that with the willingness of the University to start Fodder Cropping and Silage Making to meet up with her vision of commercialization through agricultural mechanization, LMU would emerge a model for other institutions around in the area of Animal Production. He added that the Institution has successfully produced about 1.5 tons of hay since the beginning of dry season and has proposed to embark on Fodder Cropping and Silage Making on fifteen acres of land. 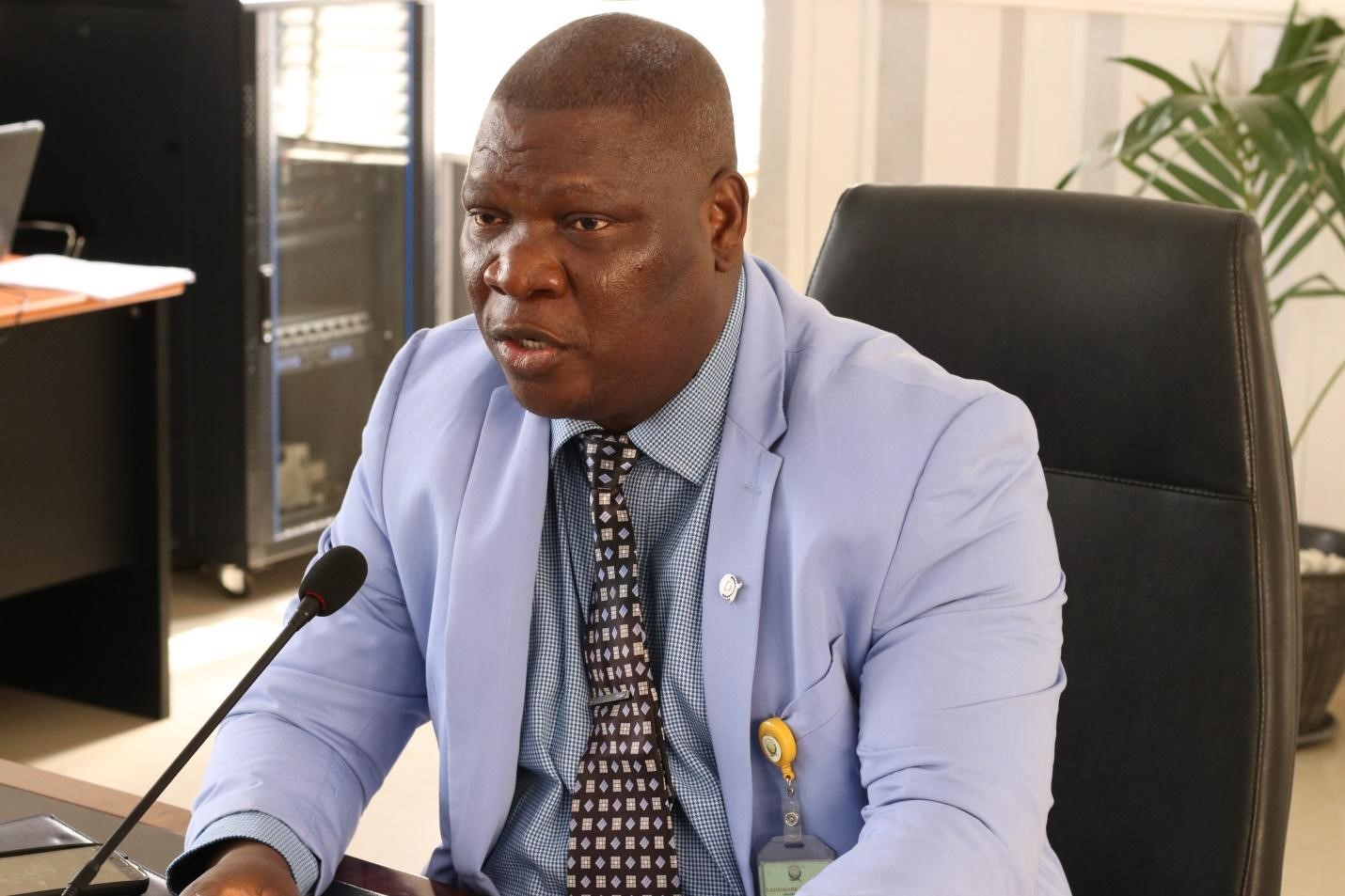 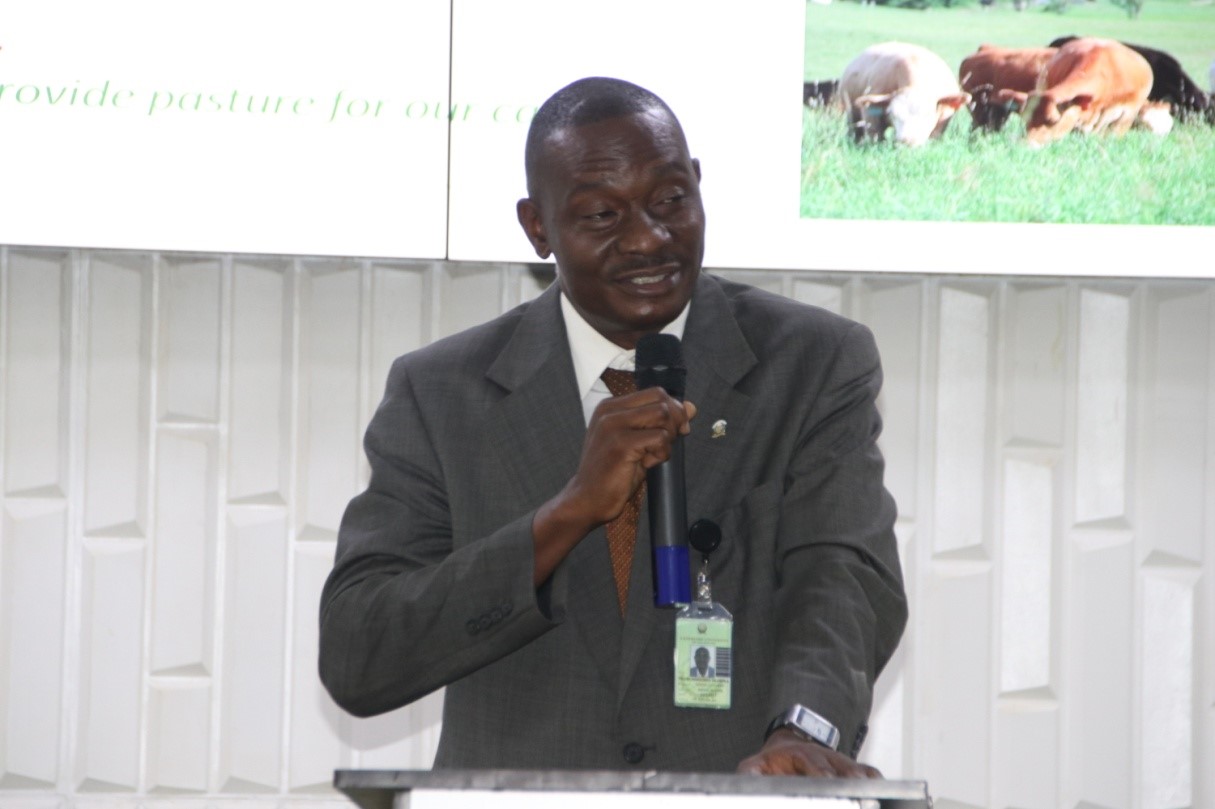 Dr. Olorunnisomo of the Department of Animal Science addressing members of Management and other team members on Fodder Cropping and Silage Making. 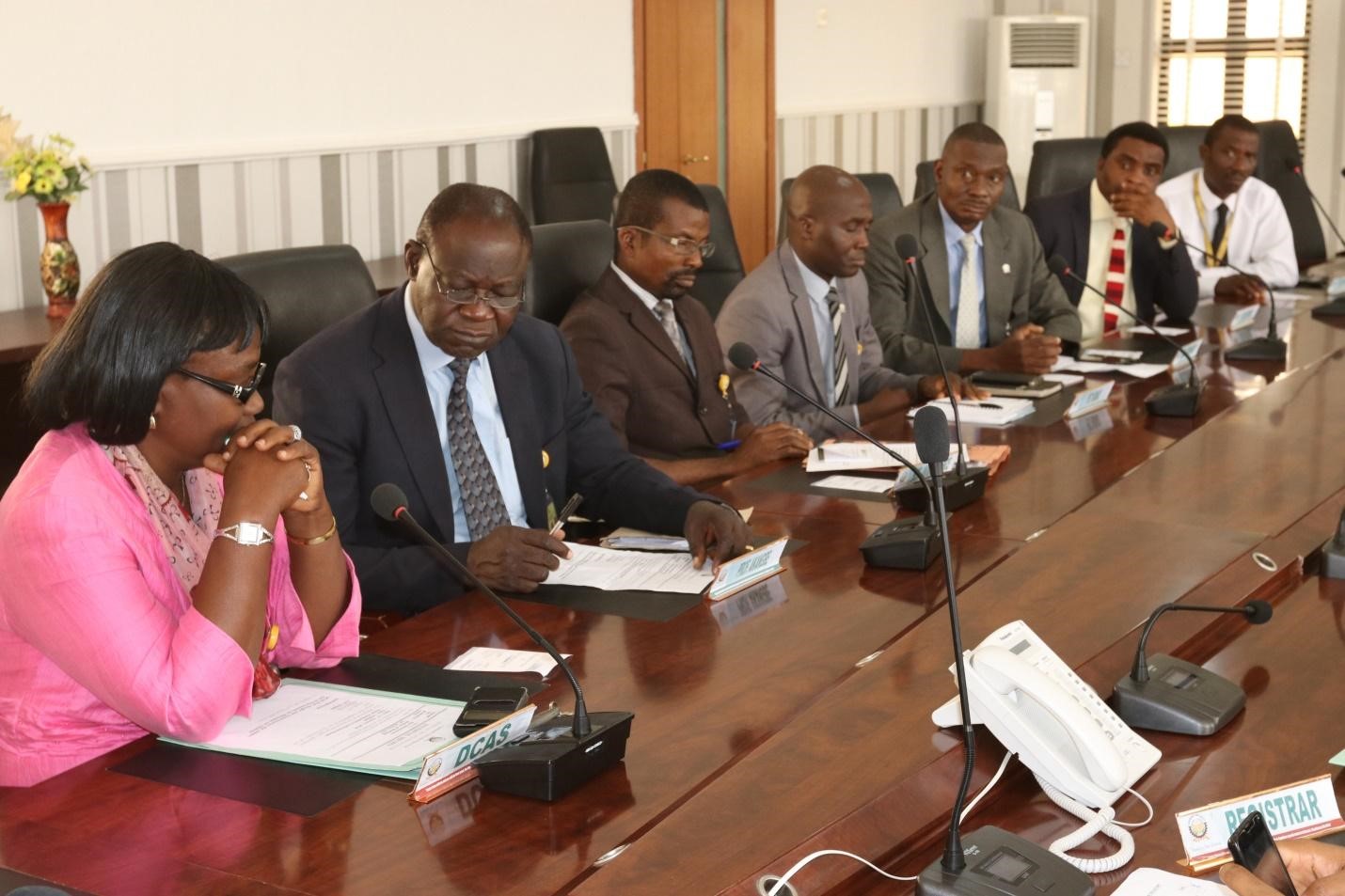 The team from the college of Agricultural Sciences led by the Dean, Professor Charity Aremu during the meeting. 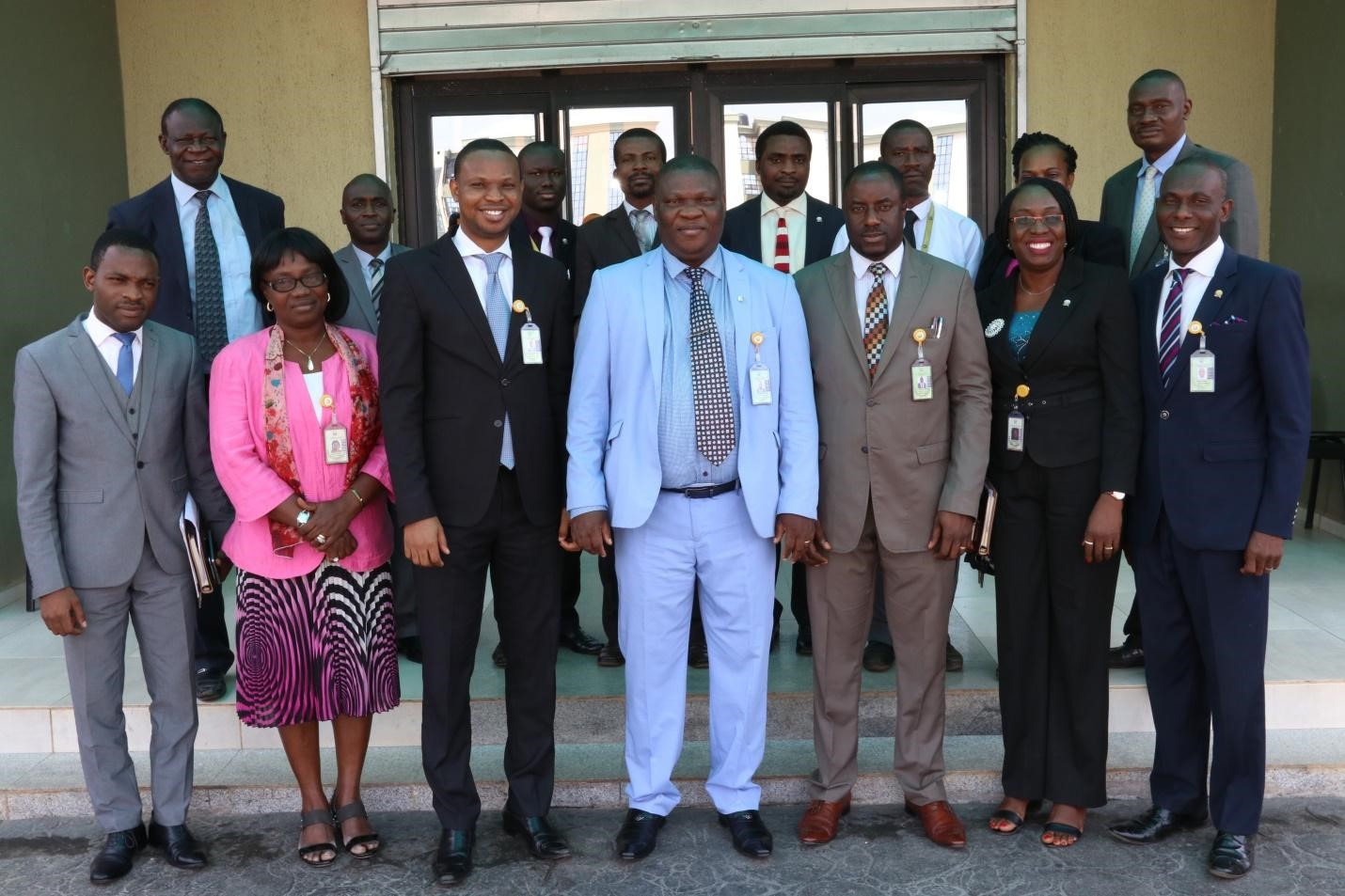 The Vice-Chancellor, Professor Adeniyi Olayanju, other members of Management with the Fodder Cropping and Silage Making team. 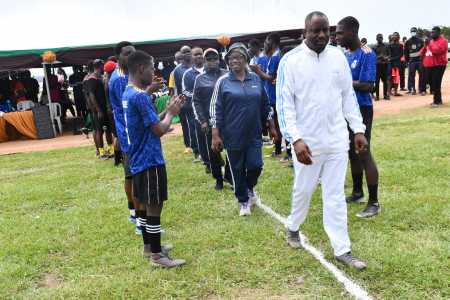 The 2022 Chancellor’s Cup which was the 10th Edition of the tournament kicked off with the Male Football Match between the three-time defending Champion, Civil Engineering Department and the SIP team comprising Sociology, International Relations and Political Science Departments at the University’s Sport Arena on Saturday 7th May, 2022. The kick-off match ended 1-1.

The Acting Vice-Chancellor, Professor Charity Aremu, emphasized the place of sports in the tripodal stand of the University which culminates in the long-standing academic excellence and achievement of the University over the years. “No matter how mentally alert and spiritually strong, if you are not physically fit, you might not be able to carry out the requisite assignment for the prize ahead,” she noted. She further said that the event was important to the University’s vision quest as it aligns with the United Nations’ Sustainable Development Goal (SDG) 3, Health and Wellbeing. She, then, congratulated the Directorate of Student Affairs and the entire student body on the success of the tournament so far, noting that it was an inclusive drive as the persons that were not playing would be cheering.

The Registrar, Miss Adefunke Fola Oyinloye expressed joy over the progress of the tournament since its inauguration. She enthused the participating students and their cheerers to ensure fair play that would further foster the spirit of sportsmanship and relaxation. “Please note that this is an extracurricular activity. Do not see it as a do-or-die thing. Do not aim anyone’s leg. Let’s see it as an opportunity to relax and unwind. At the end of the day, we will all celebrate with the winner and of course the success of the event,” she admonished.

While welcoming the members of Management to the event, the Dean of Student, Dr Rasaq Animashahun appreciated the Chancellor for the sustenance of the legacy through his unwavering support and the Management for building on the legacy that provides a platform for the student body not only to show their talents but also build capacity in the area of teamwork and self-discipline among other things. He said the tournament has been a major promoter of academic excellence and healthy competition among the students through its ability to create mental alertness and body fitness. He revealed that other sporting activities would be included in the subsequent edition as the Directorate of Student Affairs desires the expansion of the tournament. In view of the expansion, Dr Animashaun implored Management to expedite action on scaling up and enhancing the Sport Arena for maximum engagement.

The University Secretary, Pastor Frederick Aghahuwa after delivering his goodwill to the participating teams, the Directorate of Student Affairs and Management of the University, he performed the kick-off of the tournament with members of the Management on behalf of the Chancellor, Dr David Oyedepo. While congratulating the University, he also implored the students to heed the admonition that had gone ahead so that the entire University could gather to celebrate the success at the end.

Meanwhile, the tournament which would run for 6 weeks (12 days – Saturday and Sunday) welcomed on board the 10th edition the School of Postgraduate team and would involve other sporting activities such as volleyball (4 teams), basketball (12 teams), female five aside (4 levels/teams).