Following the announcement, Professor Aize Obayan appreciated God and the Chancellor for the privilege of service noting that her sojourn in Landmark University had been a privilege of service, describing every of her assignment as service unto God. “God does not call the qualified; He qualifies the called, because I am just a woman God has blessed. I am a lifetime student in the Chancellor’s Leadership Academy” She further described her coming to Landmark University as another learning experience in leadership which has made her to further engage in leadership thoughts.
Professor Obayan appreciated the support of the Management team whom she eulogised as drivers of the University’s vision, she therefore charged them to remain focus saying “Yesterday and today’s achievement is already history and if we pay too much attention about what happened yesterday, we are not engaging sufficiently in what will help us actualise the vision of Landmark University. It is not about what happened because whatever happened, the hand of God made it happen.” While requesting for the support of all for the incoming Vice-Chancellor, she thanked every member of Management and the University community for putting their hands on the plough in driving the University’s vision. She enjoined the incoming Vice-Chancellor to ensure that the Strategic Plan and Research Agenda of the University become pillars in the next phase and must never remain in the booklet form.

The immediate past Registrar, Dr. John Izebere in his comment also appreciated the Chancellor for counting him worthy to serve in the noble office of the Registrar. “The Office is not an inheritance but awesome privilege that God gave to me. I have learnt more than I thought I could do because I was able to work with persons who I have regard for and thought me what I learnt and I picked what was necessary for my rising.” He appreciated the University’s Management for the honour accorded him while in office, he also appreciated the support of the proprietors, Living Faith Church World Wide, Board of Regents and everyone in the University describing the support received as a major factor that had made his stay in office very rewarding. 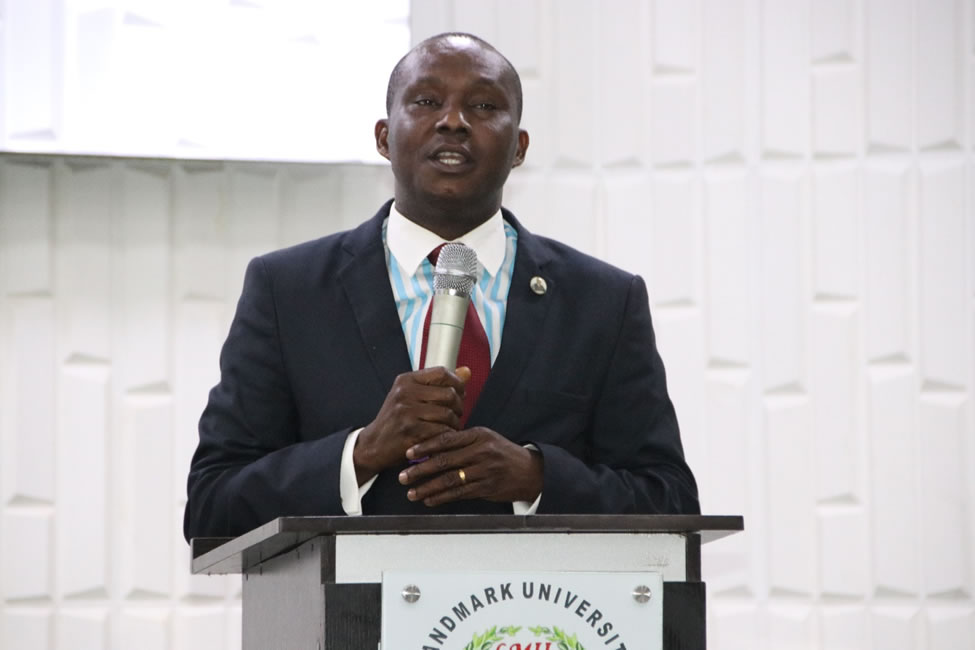 The Secretary, Board of Regents, the announcement during the change of guard 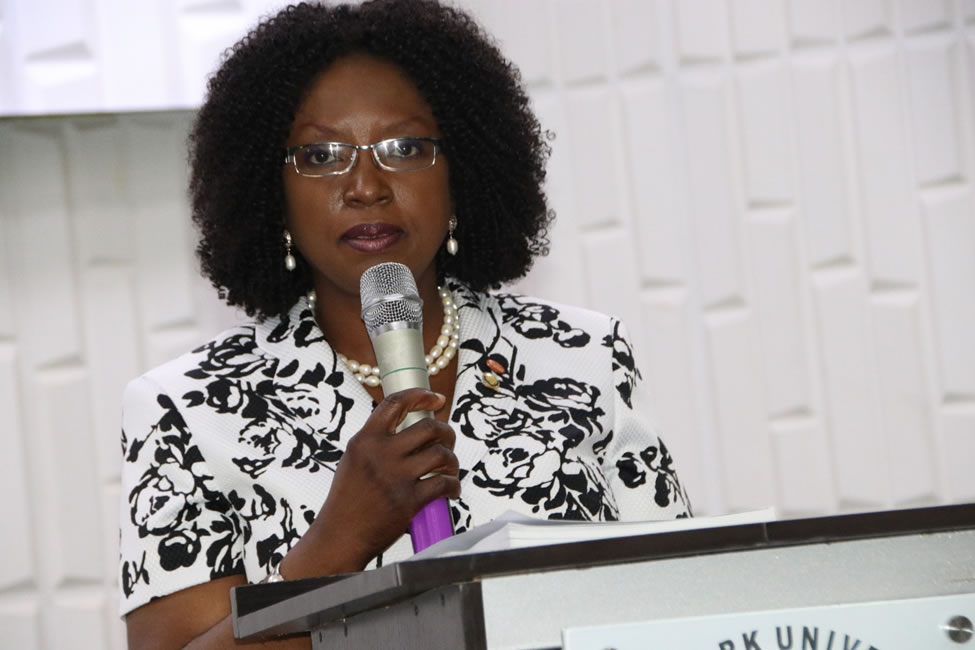 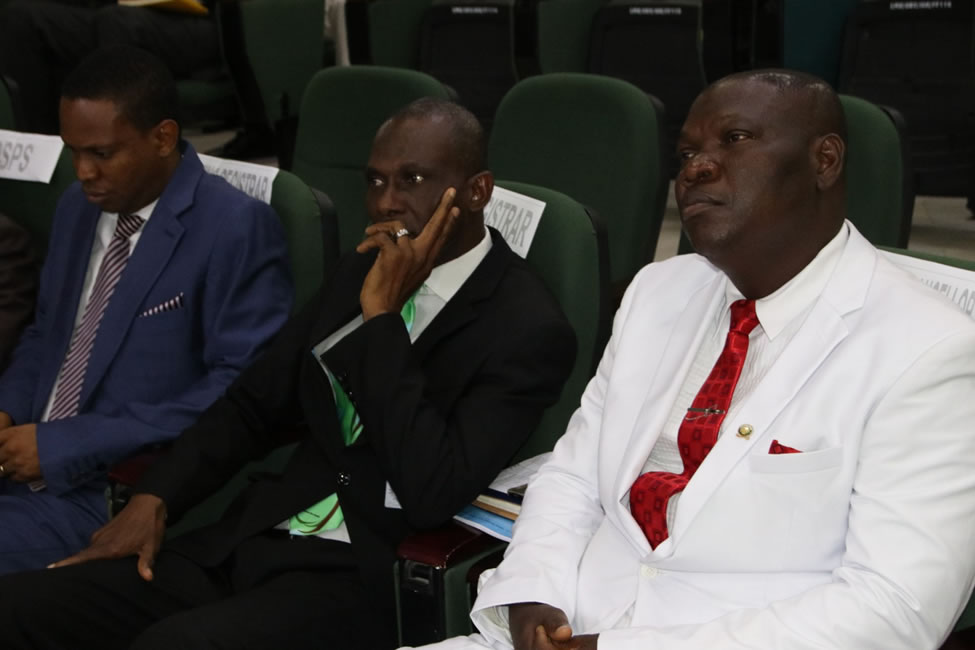 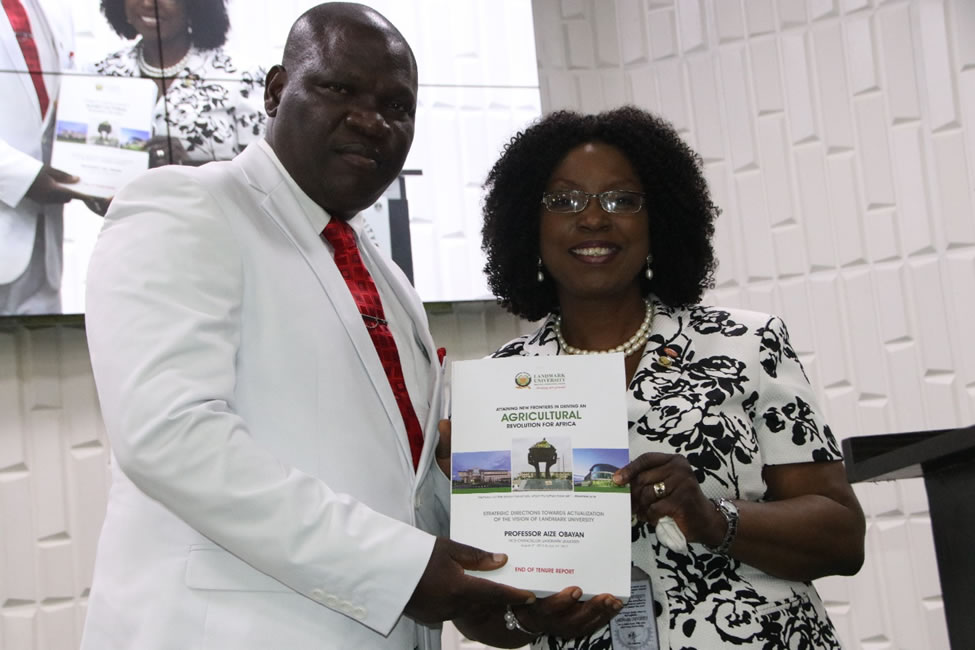 The immediate past Vice-Chancellor, Professor Aize Obayan presenting her end of tenure report 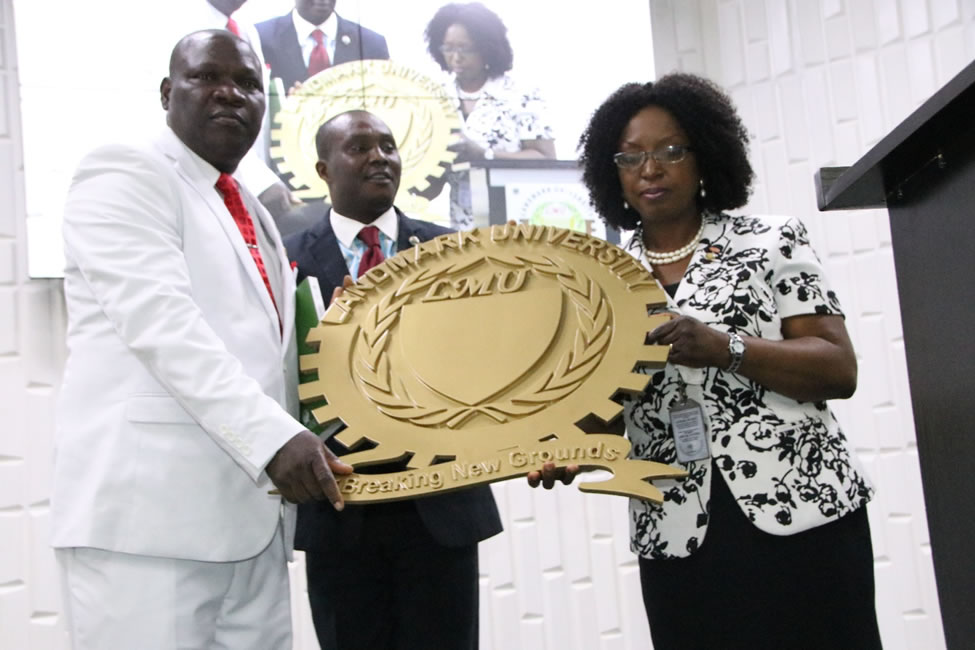 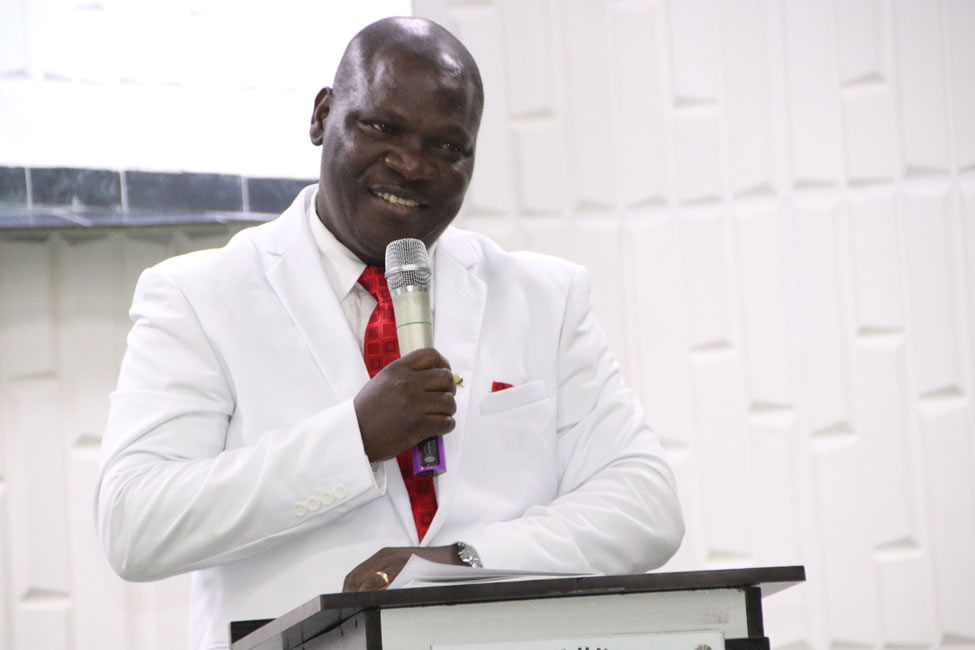